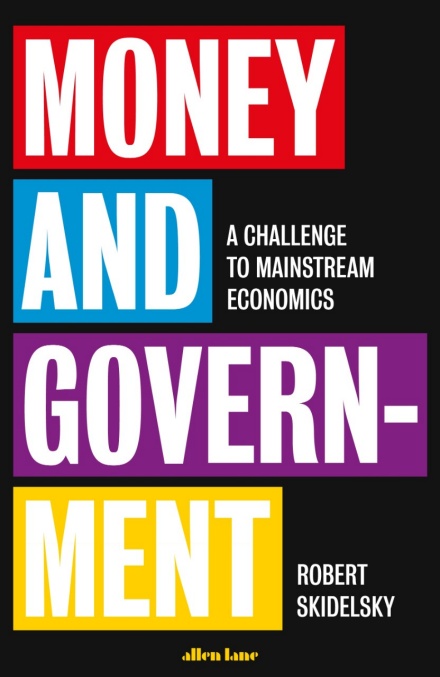 The dominant view in economics is that money and government should play only a minor role in economic life. Money, it is claimed, is nothing more than a medium of exchange; and economic outcomes are best left to the ‘invisible hand’ of the market. The view taken in this important new book is that the omnipresence of uncertainty make money and government essential features of any market economy. One reason we need money is because we don’t know what the future will bring. Government – good government – makes the future more predictable and therefore reduces this kind of demand for money.

After Adam Smith orthodoxy persistently espoused non-intervention, but the Great Depression of 1929-32 stopped the artificers of orthodox economics in their tracks. A precarious balance of forces between government, employers, and trade unions enabled Keynesian economics to emerge as the new policy paradigm of the Western world. However, the stagflation of the 1970s led to the rejection of Keynesian policy and a return to small-state neoclassical orthodoxy. Thirty years later, the 2008 global financial crash was severe enough to have shaken the re-vamped classical orthodoxy, but, curiously, this did not happen. Once the crisis had been overcome – by Keynesian measures taken in desperation – the pre-crash orthodoxy was reinstated, undermined but unbowed. Since 2008, no new ‘big idea’ has emerged, and orthodoxy has maintained its sway, enacting punishing austerity agendas that leave us with a still-anaemic global economy.

This book aims to familiarise the reader with essential elements of Keynes’s ‘big idea’. By showing that much of economic orthodoxy is far from being the hard science it claims to be, it aims to embolden the next generation of economists to break free from their conceptual prisons and afford money and government the starring roles in the economic drama that they deserve.