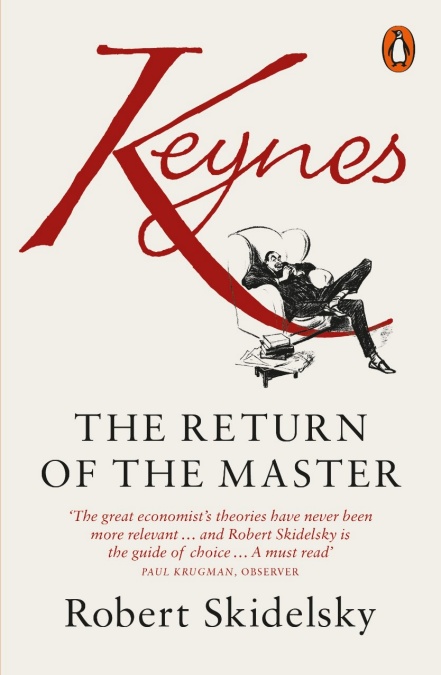 Keynes: The Return of the Master shows how the great economist’s ideas not only explain why the current financial crisis occurred – but are our best way out.

‘One would expect brokers to be wrong. If, in addition to their other inside advantages, they were capable of good advice, clearly they would have retired long ago with a large fortune’ – John Maynard Keynes

When unbridled capitalism falters, is there an alternative? The twentieth century’s most influential economist tells us that there is. John Maynard Keynes argued that an unmanaged market system is inherently unstable because of irreduceable uncertainty; that fiscal and monetary ammunition is needed to counter economic shocks; and that governments need to maintain enough total spending power in the economy to minimize the chance of serious recessions happening.